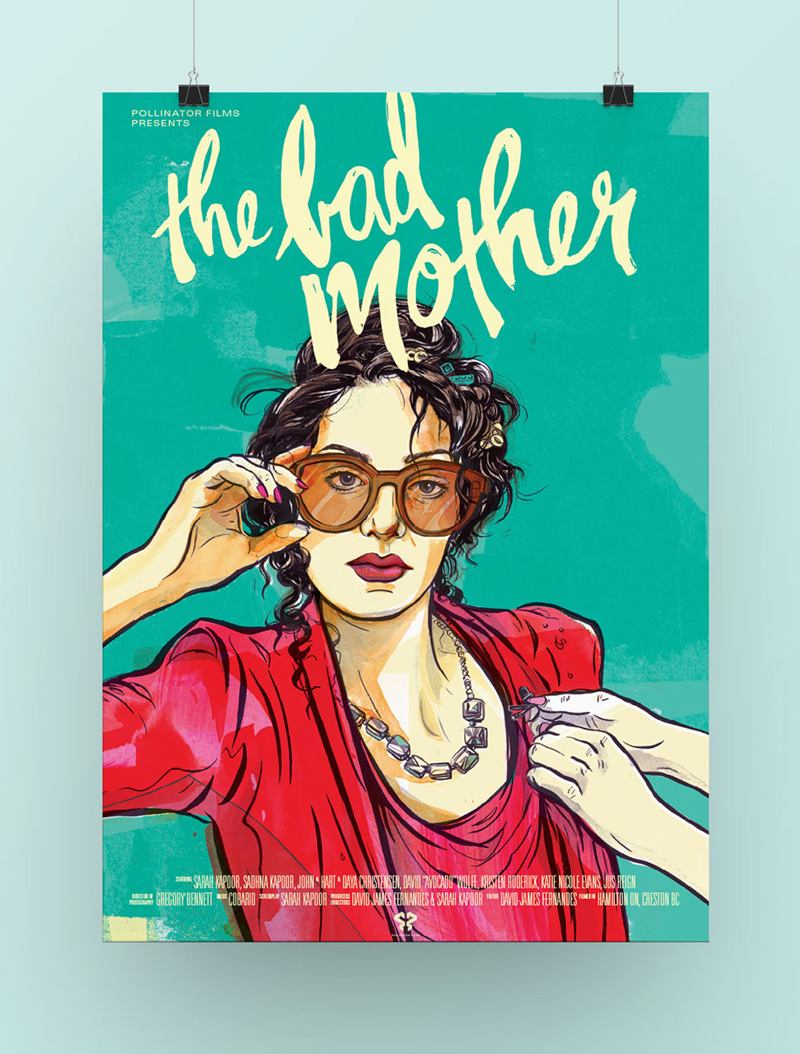 The Bad Mother is an independent feature-length dramatic comedy produced by Pollinator Films. The film follows Tara, a mid-30’s woman, struggling with her role as a stay at home mom after leaving a rewarding career to raise kids. What a perfect project to get, considering my husband Jamie Lawson (Poly Studio) and I collaborated on this project while trying to look after our young baby. Fun times. I worked on the inking the portrait and he did the lettering and colouring and made dinner most of the time.

It was wonderful to work with writer and lead actor Sarah Kapoor (whose portrait graces the poster) and director David Fernandes on this. Both are wonderful people. Can’t wait to see it released!

It was wonderful to be there for the premiere and finally meet in person the star, writer, producer and co-director of the film, Sarah Kapoor. Of course it was also a pleasure to meet director, producer and editor David Fernandes again even though I sadly did not get to draw him. It was an amazing film and really touched on so many of the issues that parents — especially mothers — have to deal with. I laughed and cried. I’m so curious to see people’s reactions once the film gets wider distribution. Thanks for having us collaborate on such a special project David and Sarah.