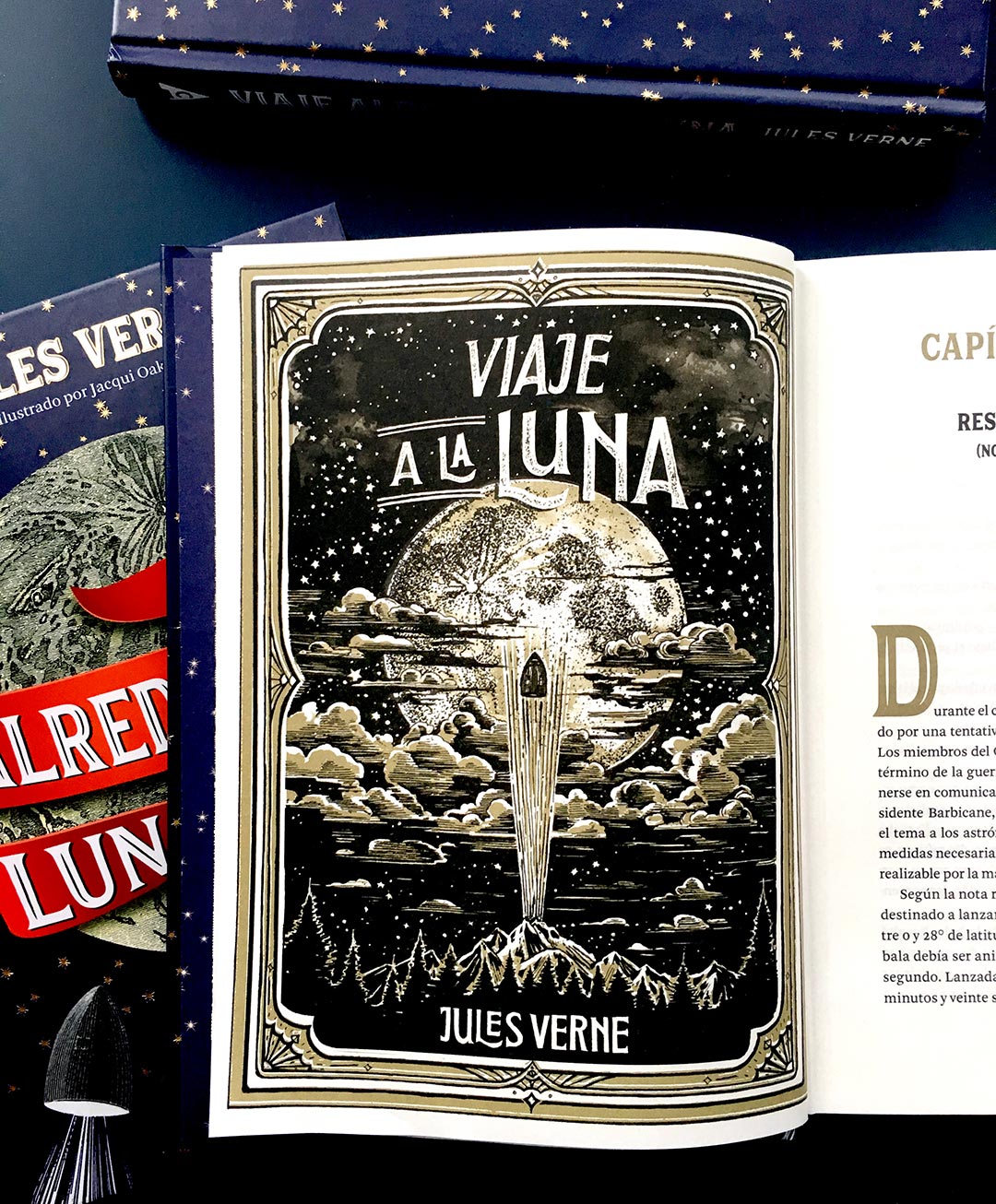 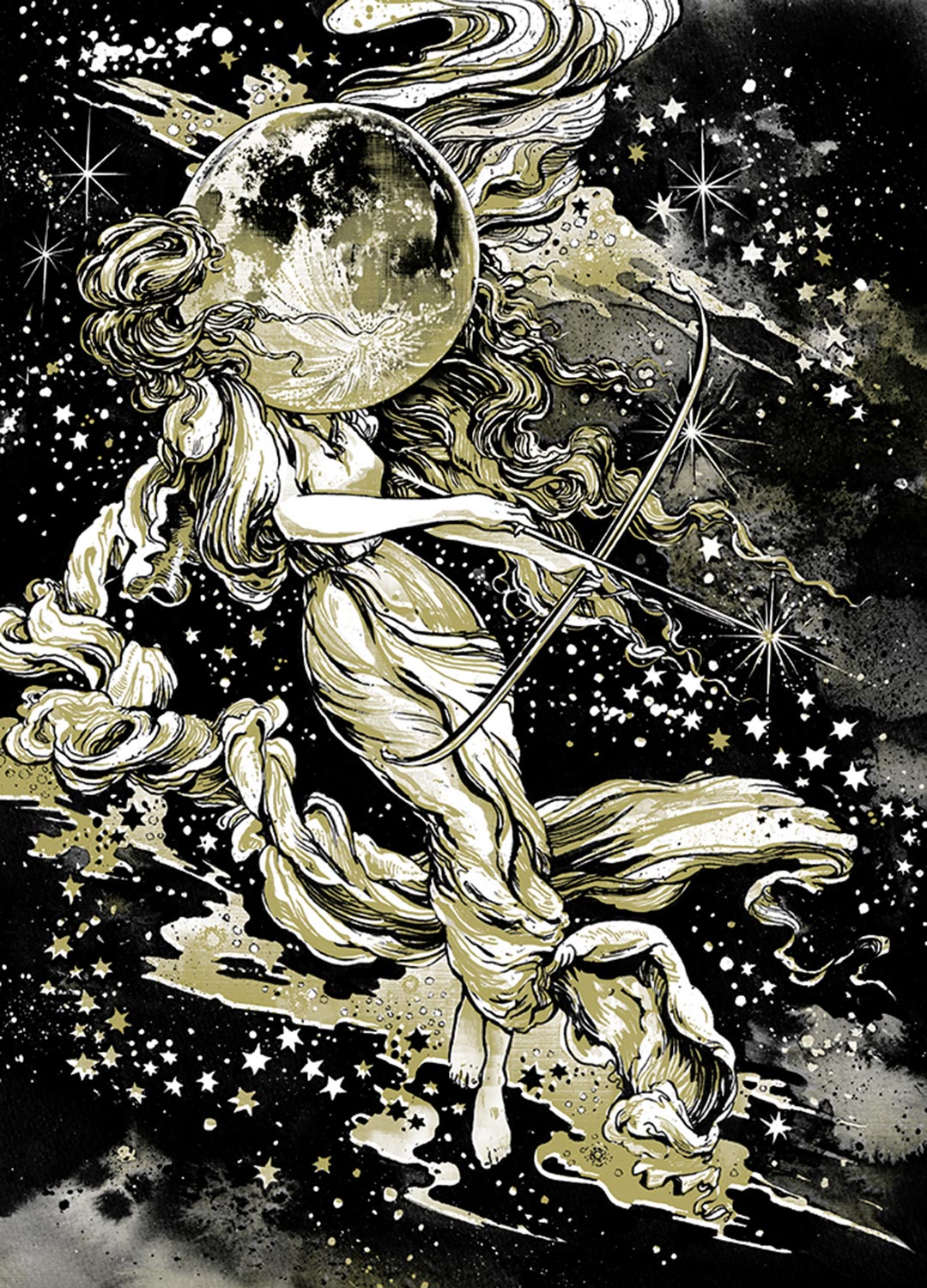 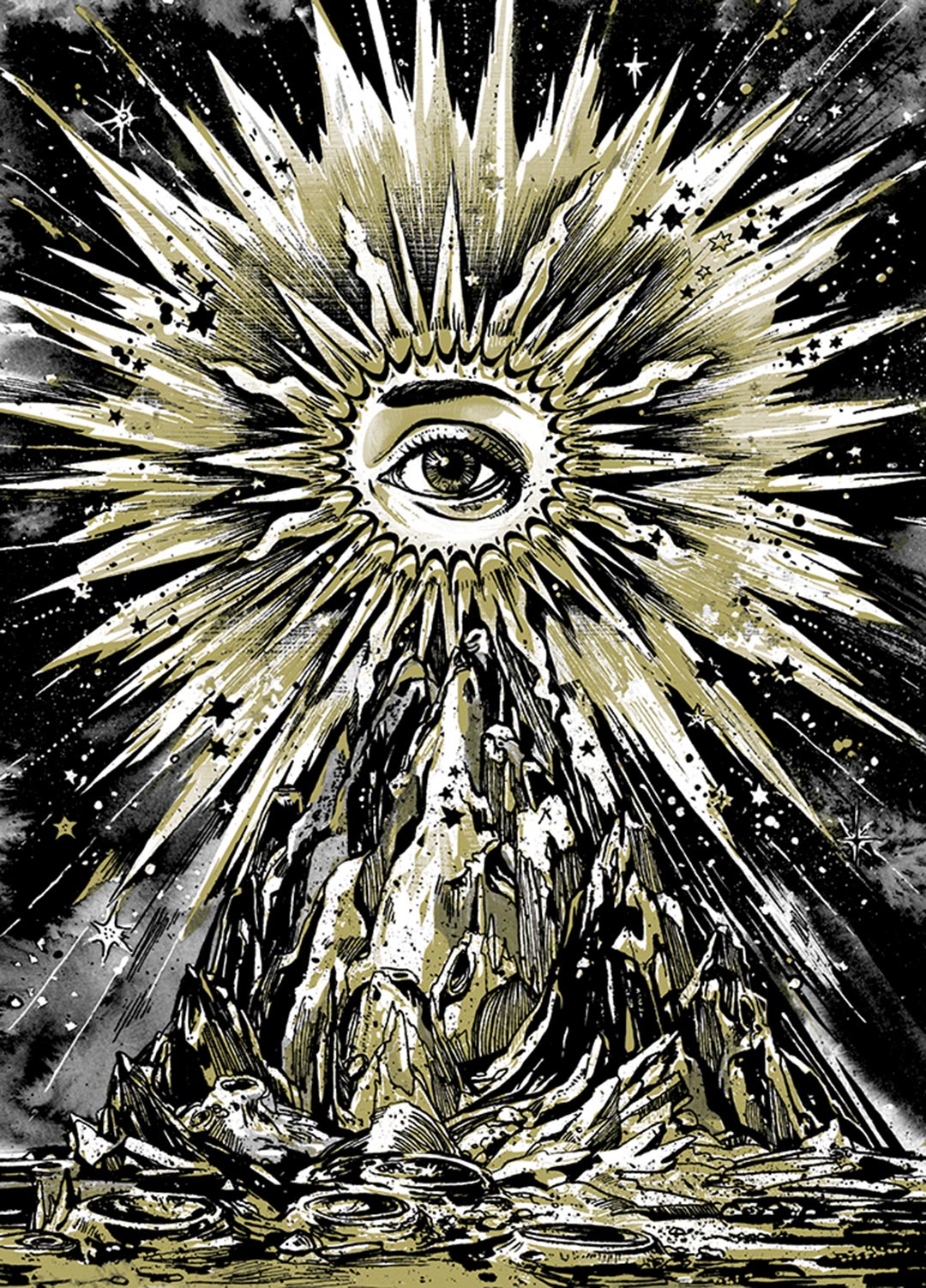 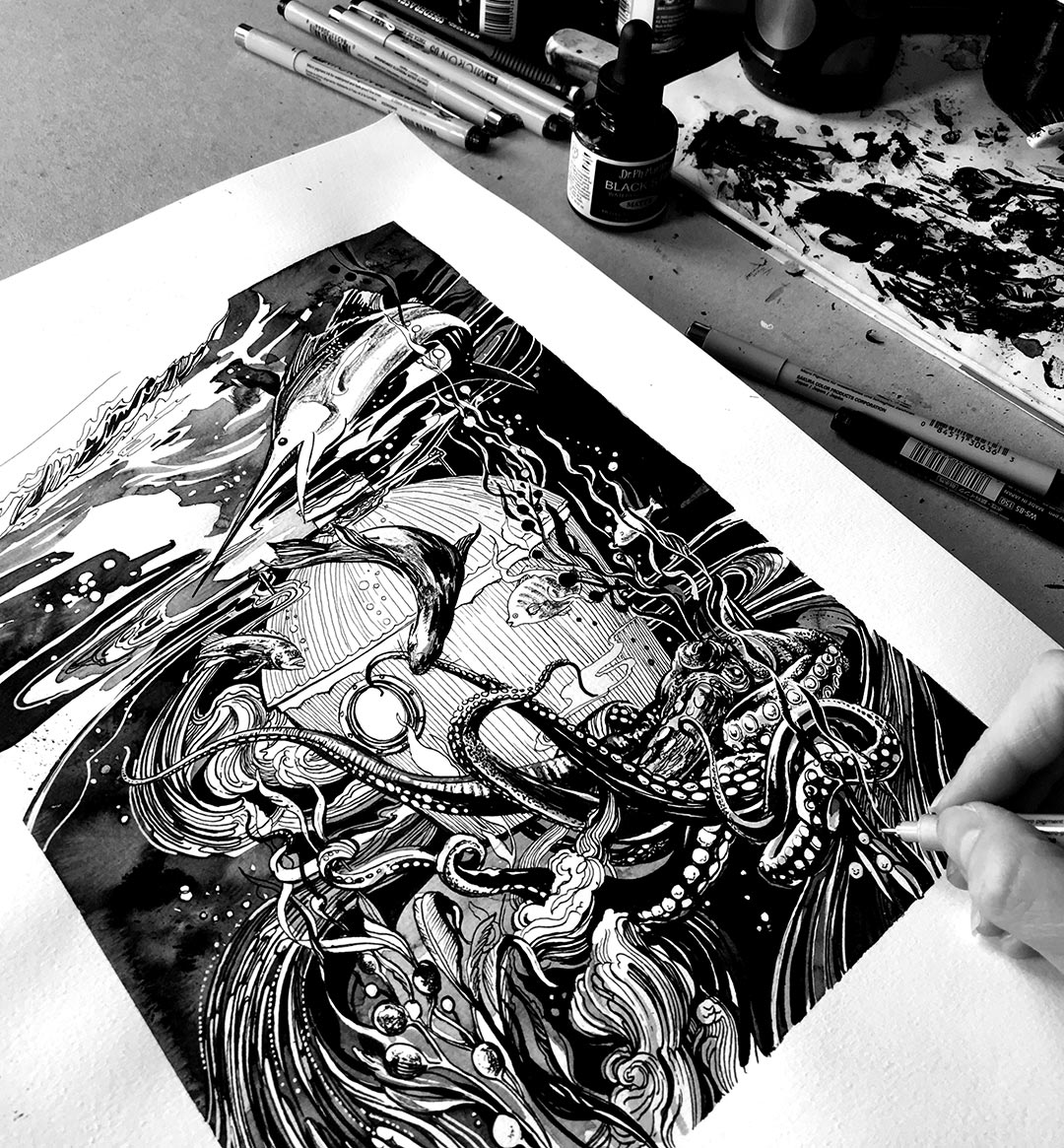 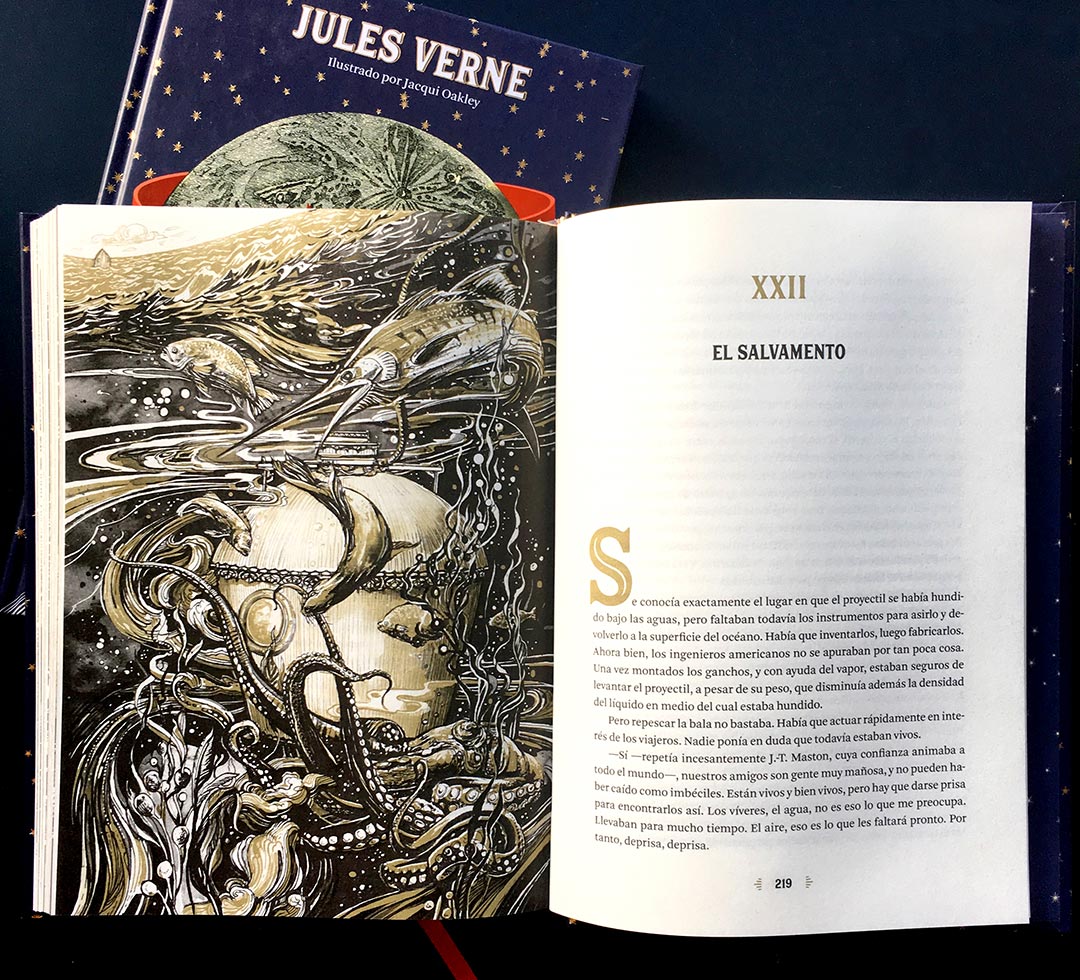 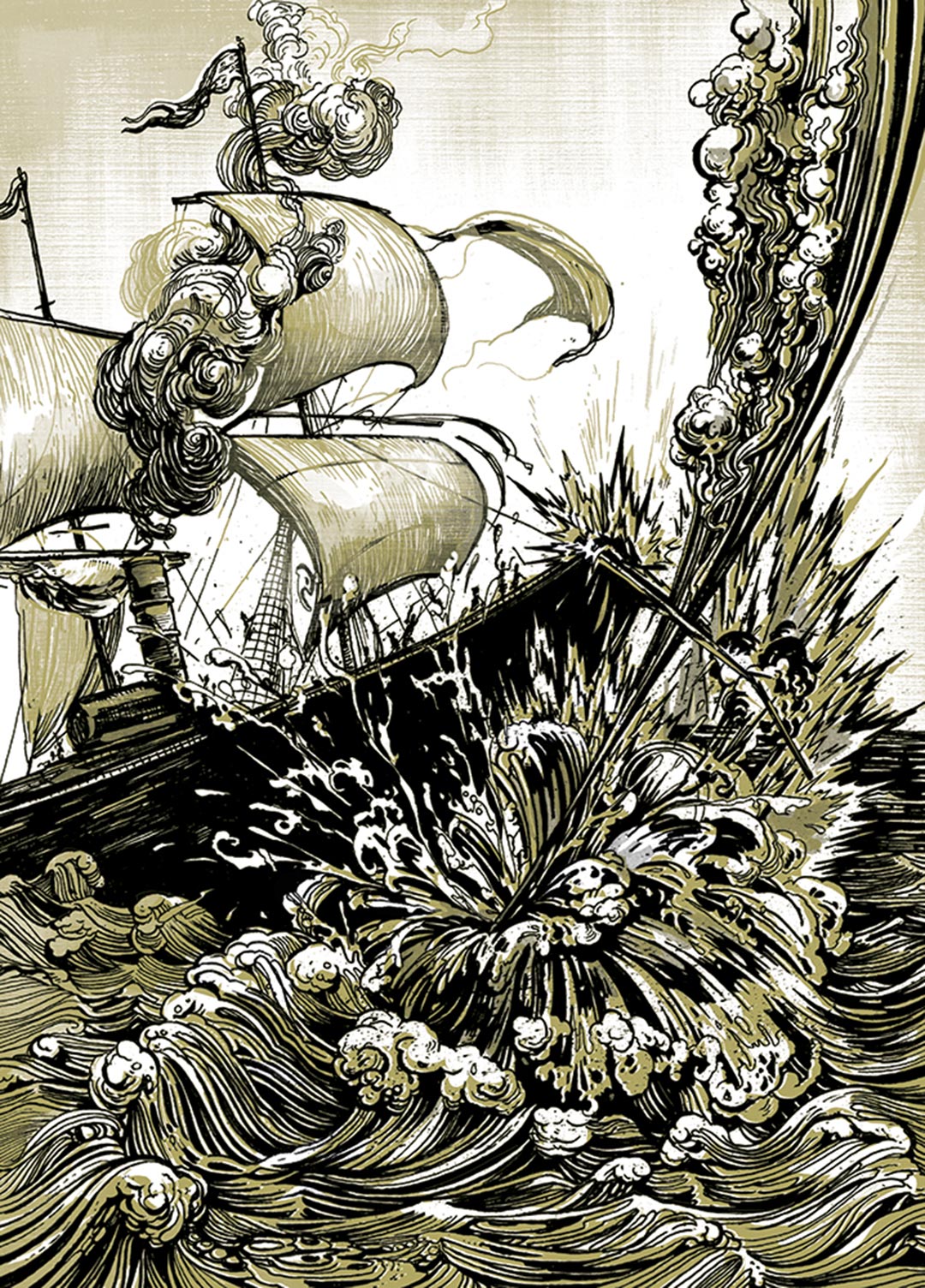 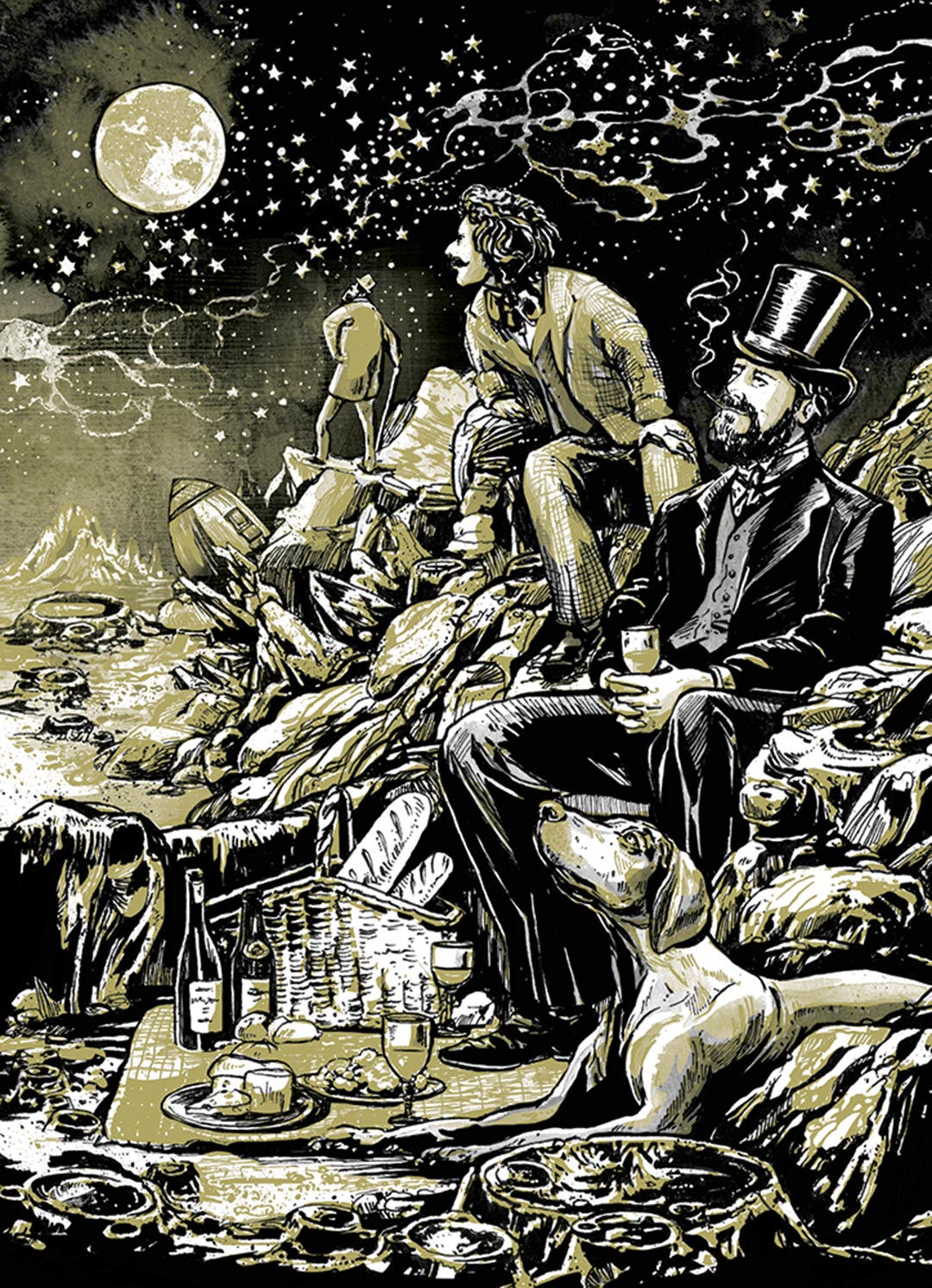 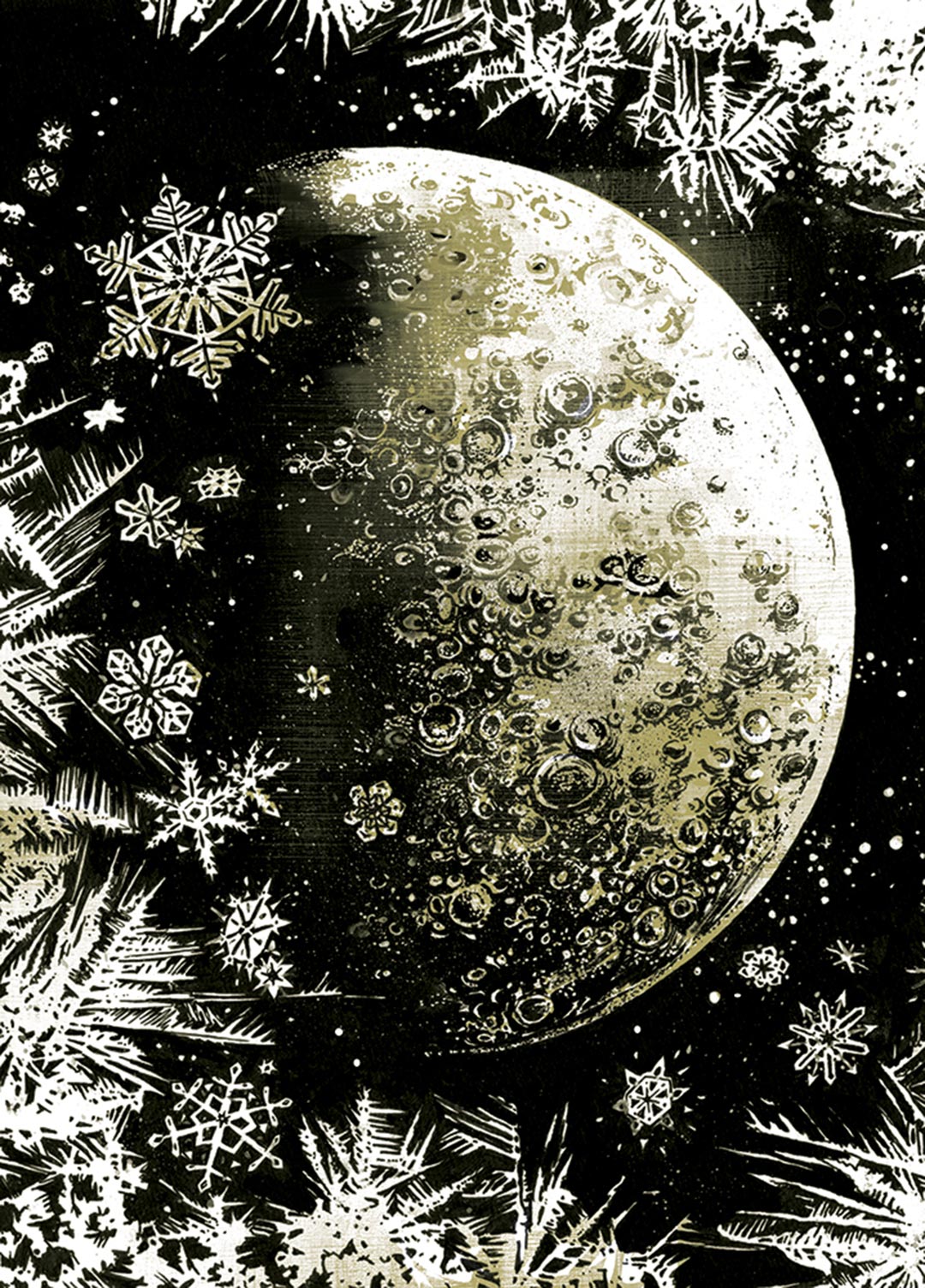 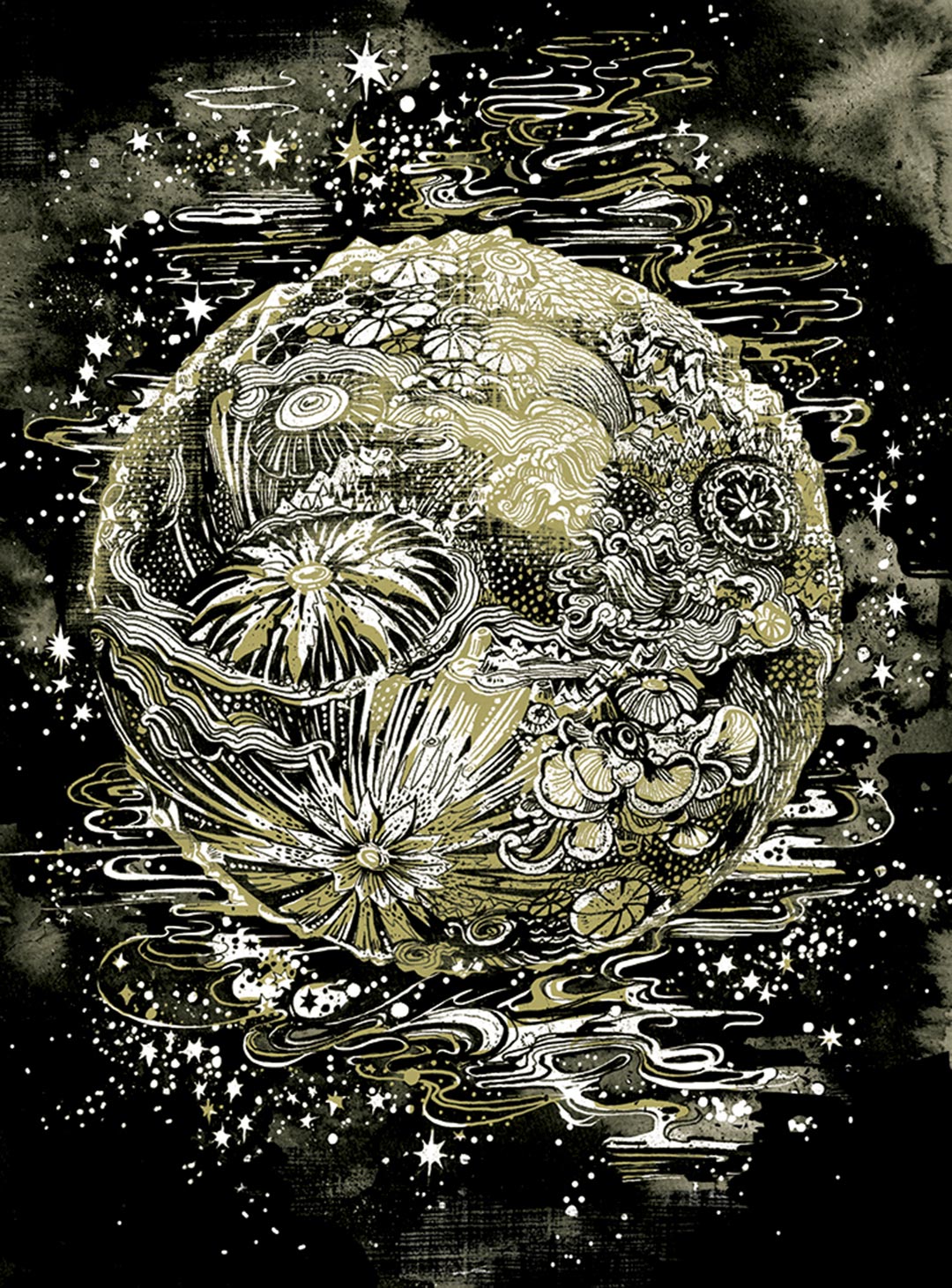 My illustrated reissue of Jules Verne’s 1865 book “Viaje Alrededor de la Luna” or “Round the Moon” from Editorial Alma. I was so thrilled to draw all these wonderful space images as the story follows the men launching to the moon with two dogs and a bunch of chickens. As you do. These were all inked by hand and then a secondary colour was added digitally. Originally it was magenta and then later it turned to a golden sepia for a nice vintage look. I like both directions but this pink is pretty fun and makes it extra psychedelic. Some of these illustrations can be bought as prints in my Inprnt shop.

For the time Verne actually was surprisingly accurate with some of his math although future astronauts might not be in three piece suits drinking cups of tea. How uncivilized! This is in Spanish but who knows, maybe it’ll be published one day in English? We’ll see!