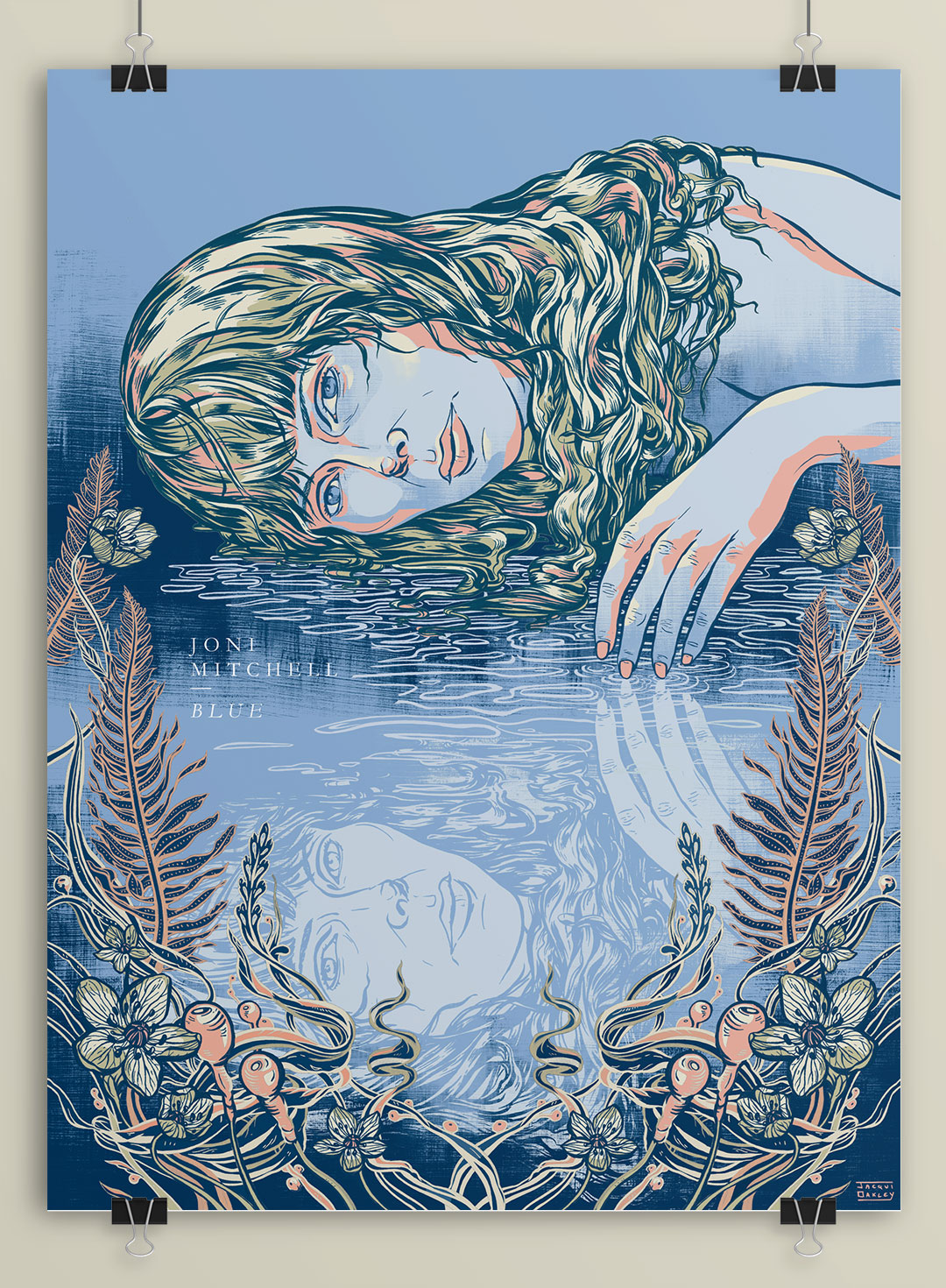 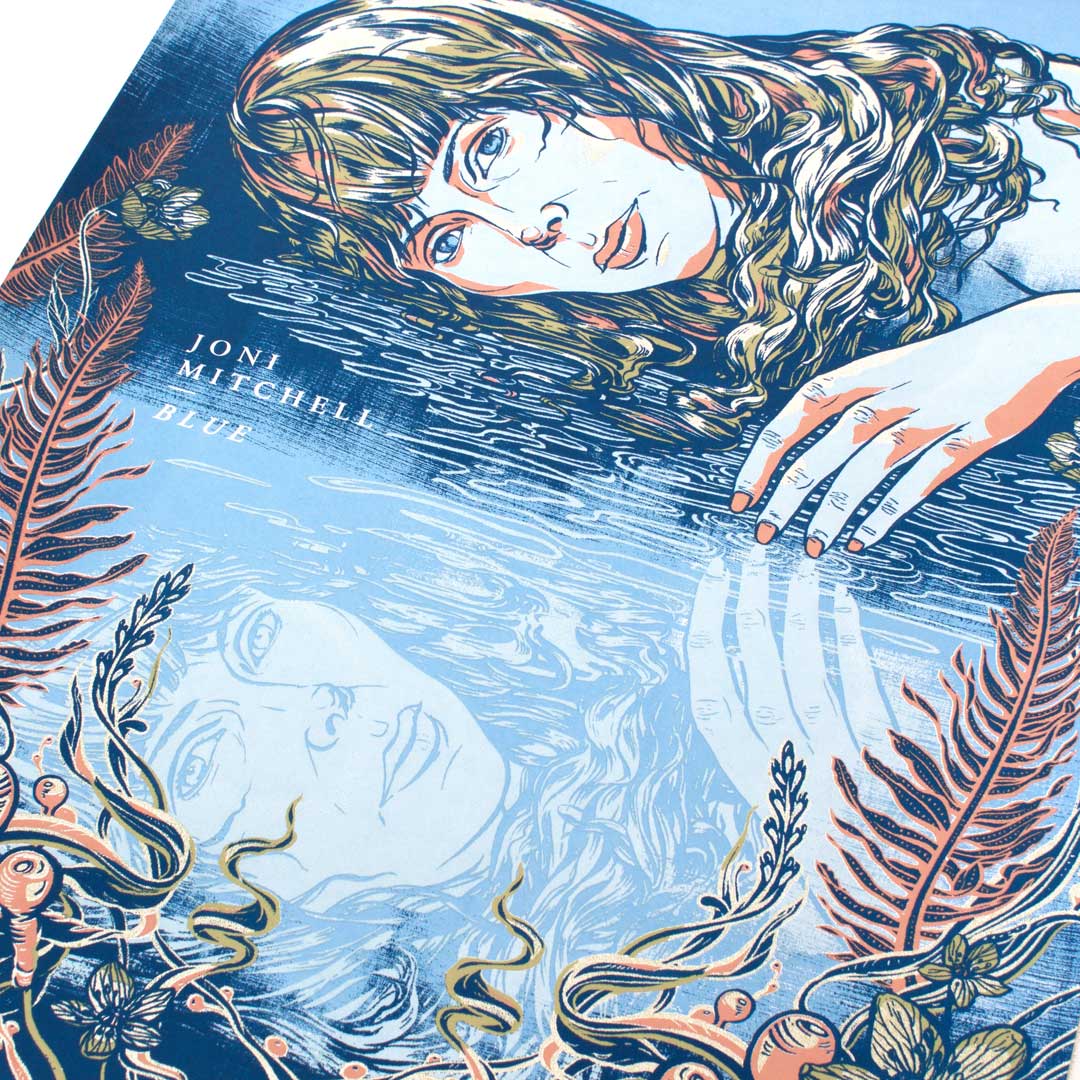 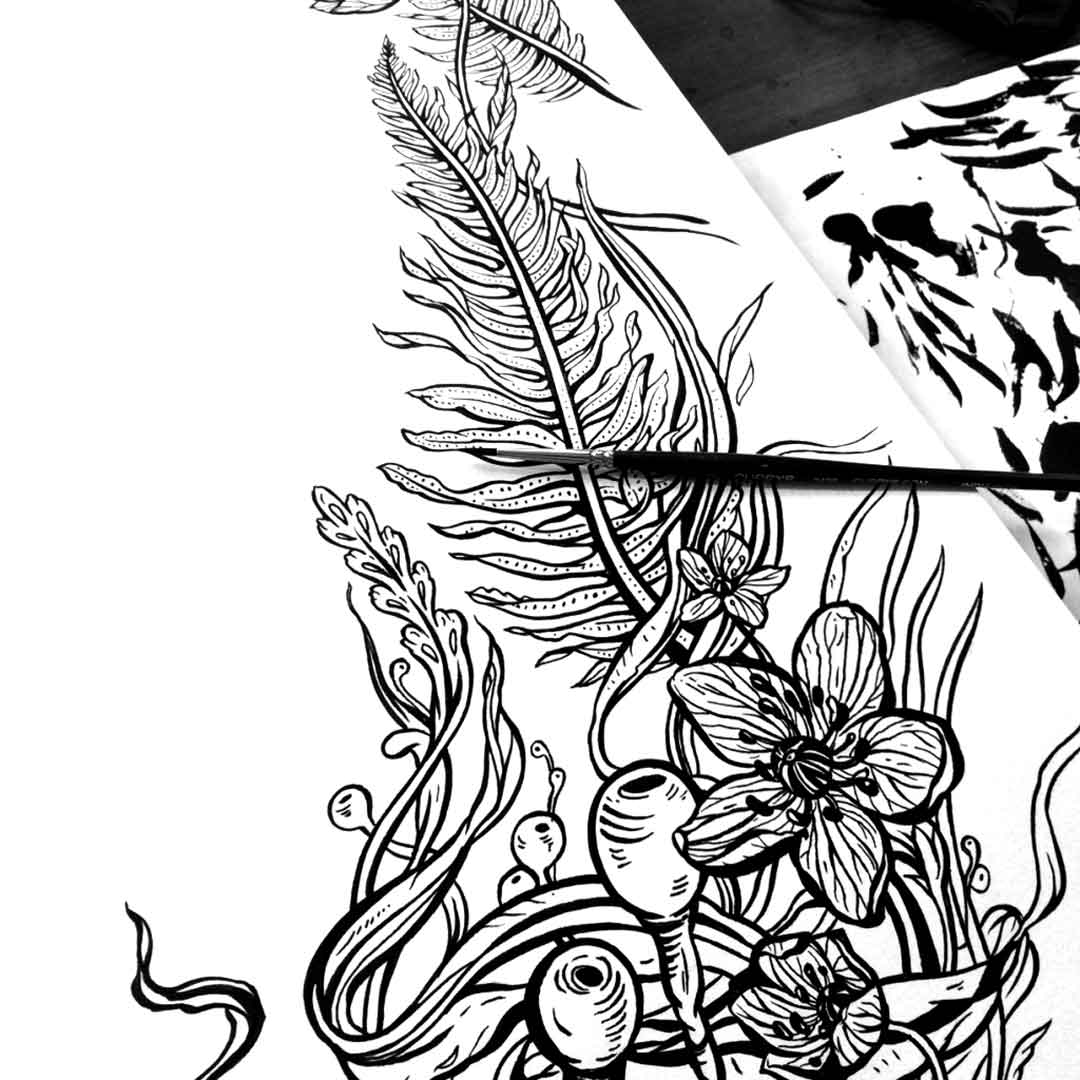 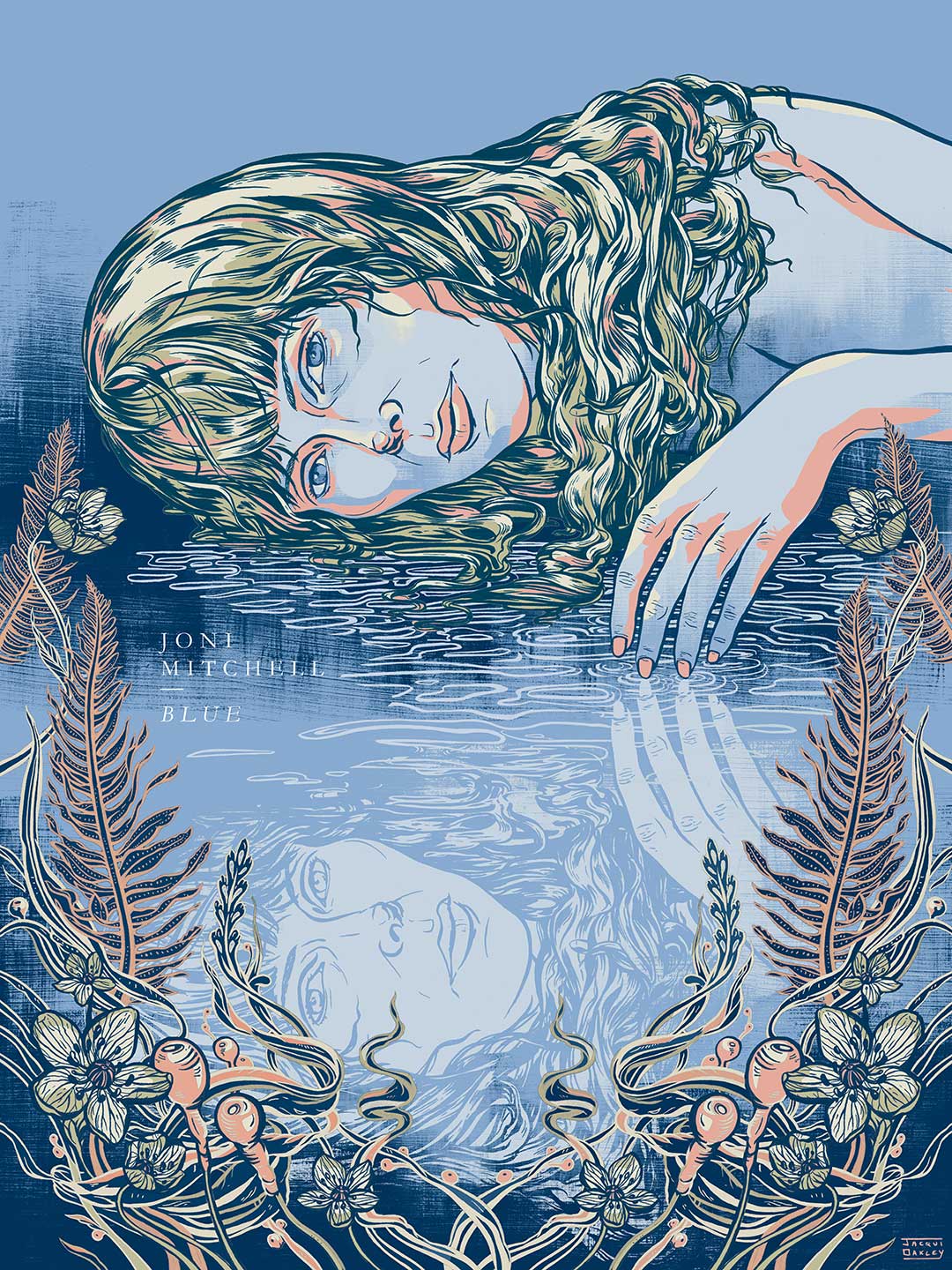 My first silk screen! So thrilled to have been asked to do a Polaris Music Prize Slaight Heritage Poster and especially excited to draw Joni Mitchell’s unique face and to delve into an album that is so iconic. I hope I did it justice, trying to portray the melancholy atmosphere of Blue but still maintain her strength and joy of life as she reflects on her past in such an honest and bare way.

The Polaris Music Prize is a not-for-profit organization that annually honours and rewards Canadian music artists who produce albums of distinction. A select panel of music critics judge and award the Prize without regard to musical genre or commercial popularity. Also, be sure sure to check out the other great posters from these talented guys: The Teaches of Peaches by Peaches (00s: 2000-2005) by Adrian Forrow. The Trinity Session by the Cowboy Junkies (80s) by Jon Johnson (BRFC / Bearface Design). Twice Removed by Sloan (90s) by Pierre Antoine.