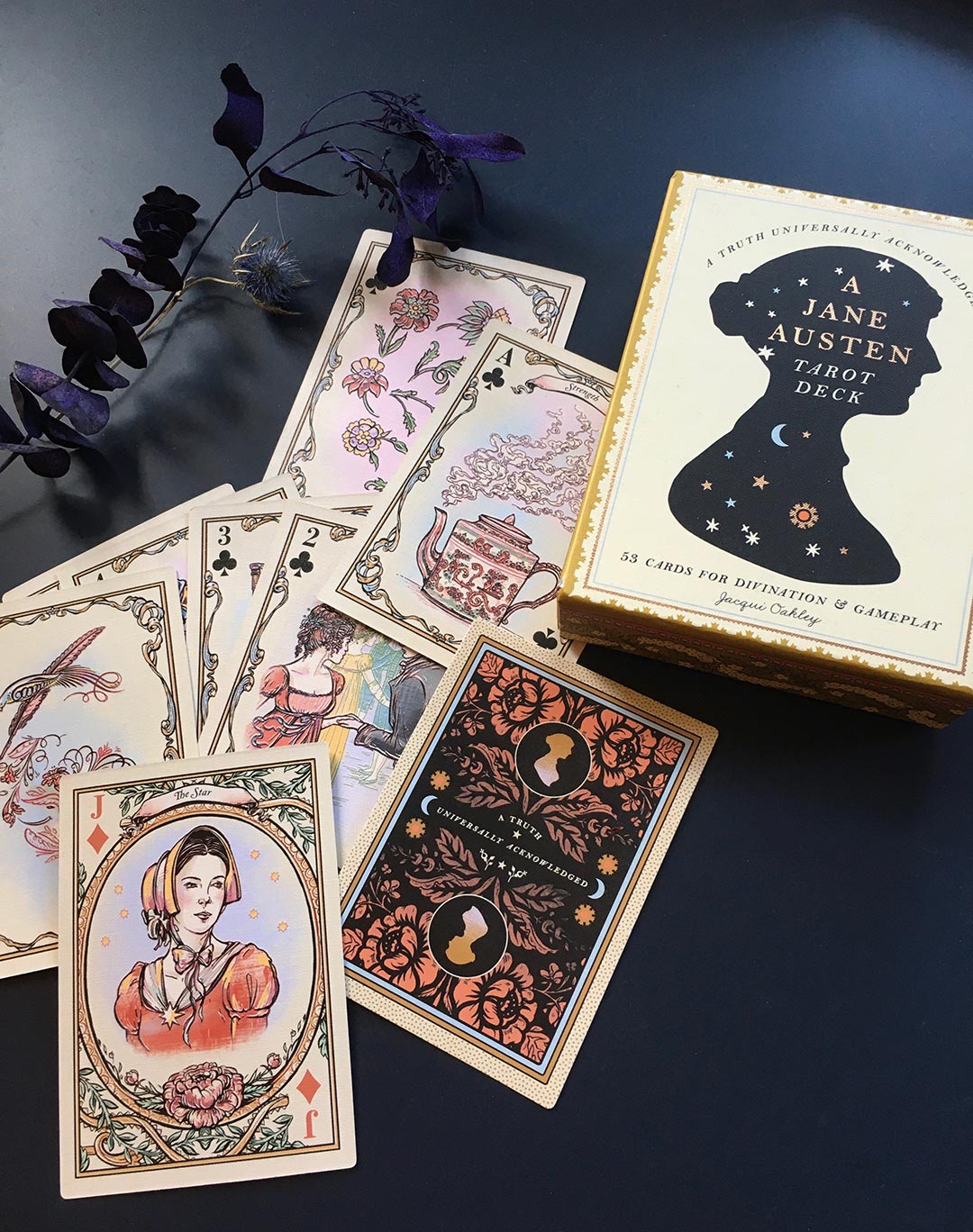 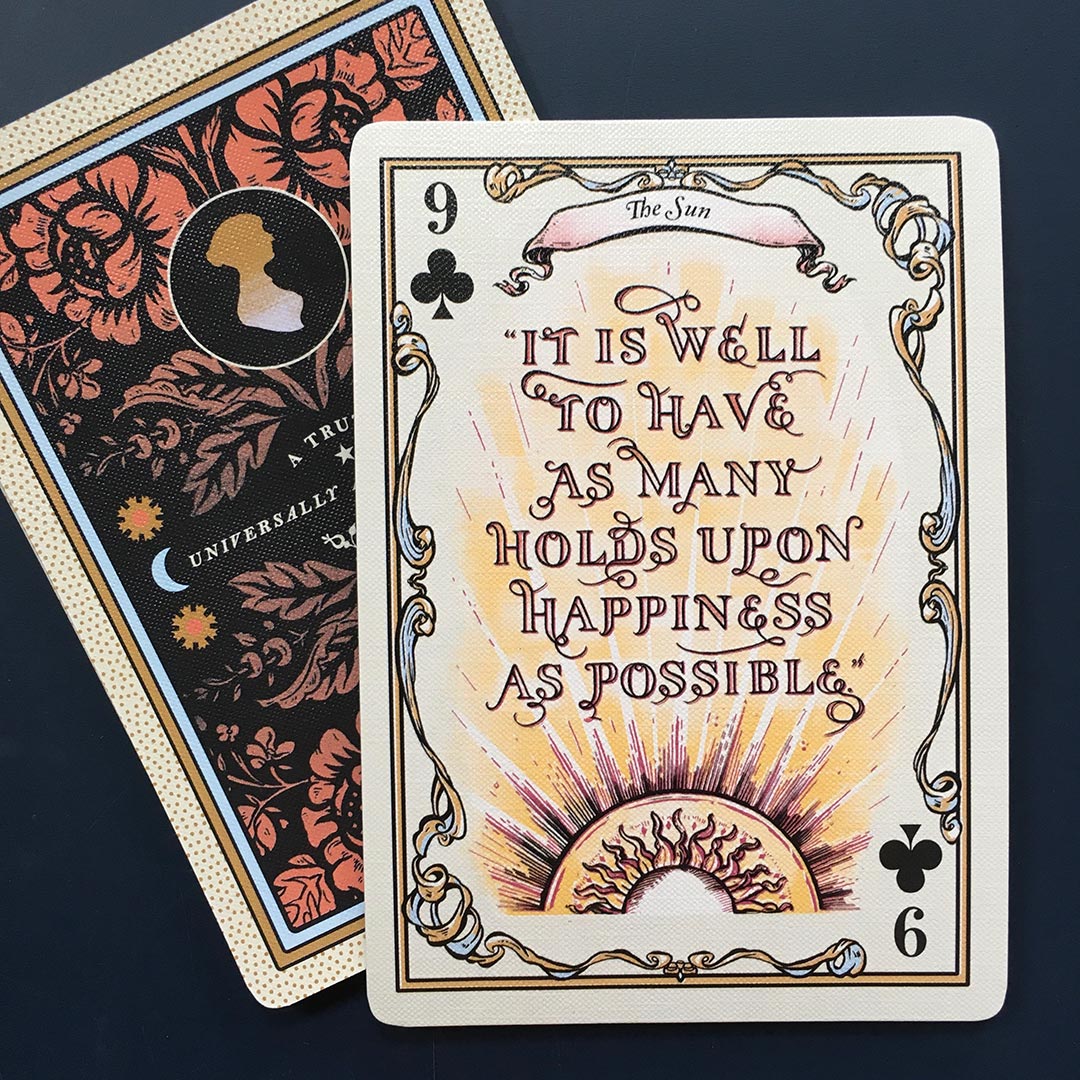 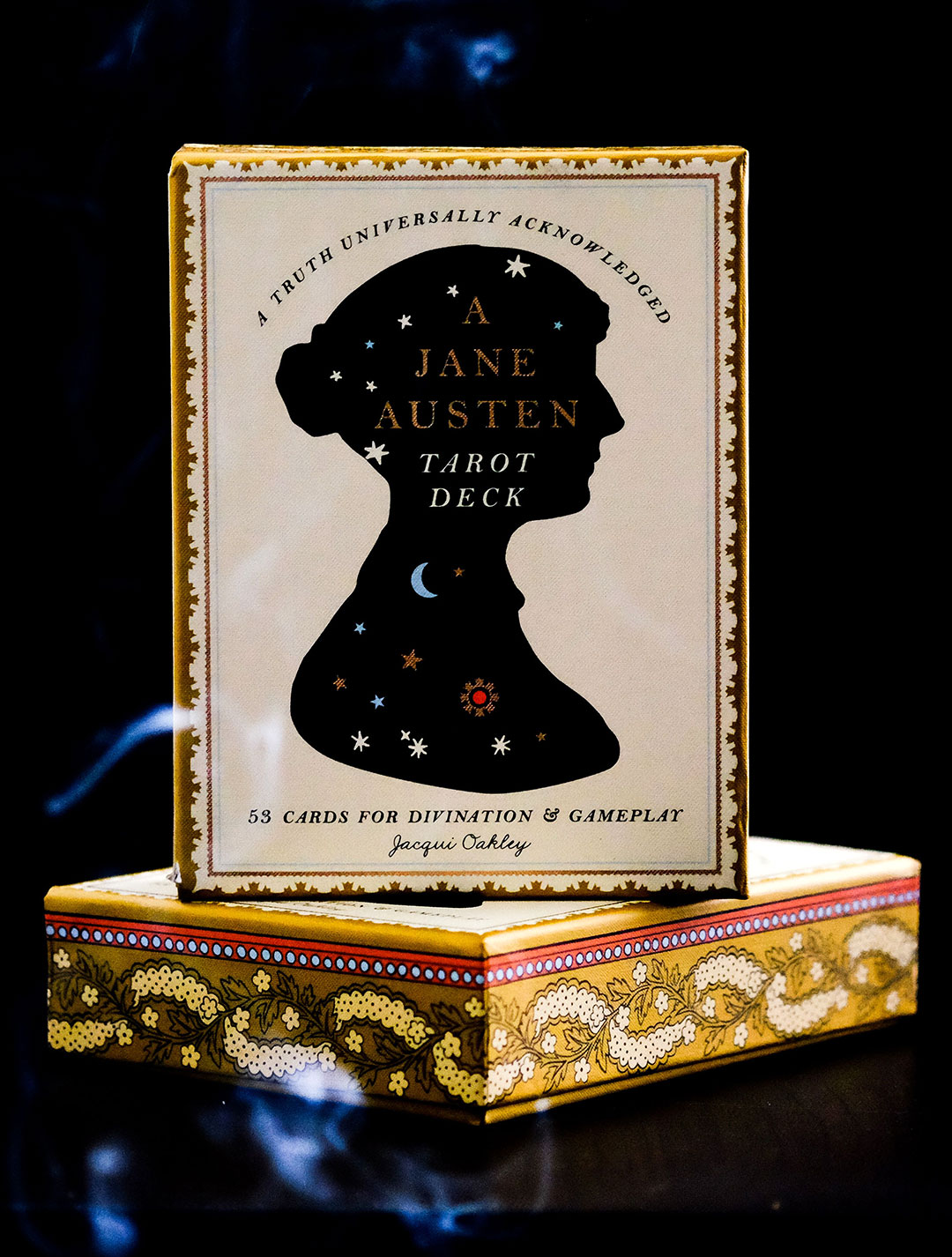 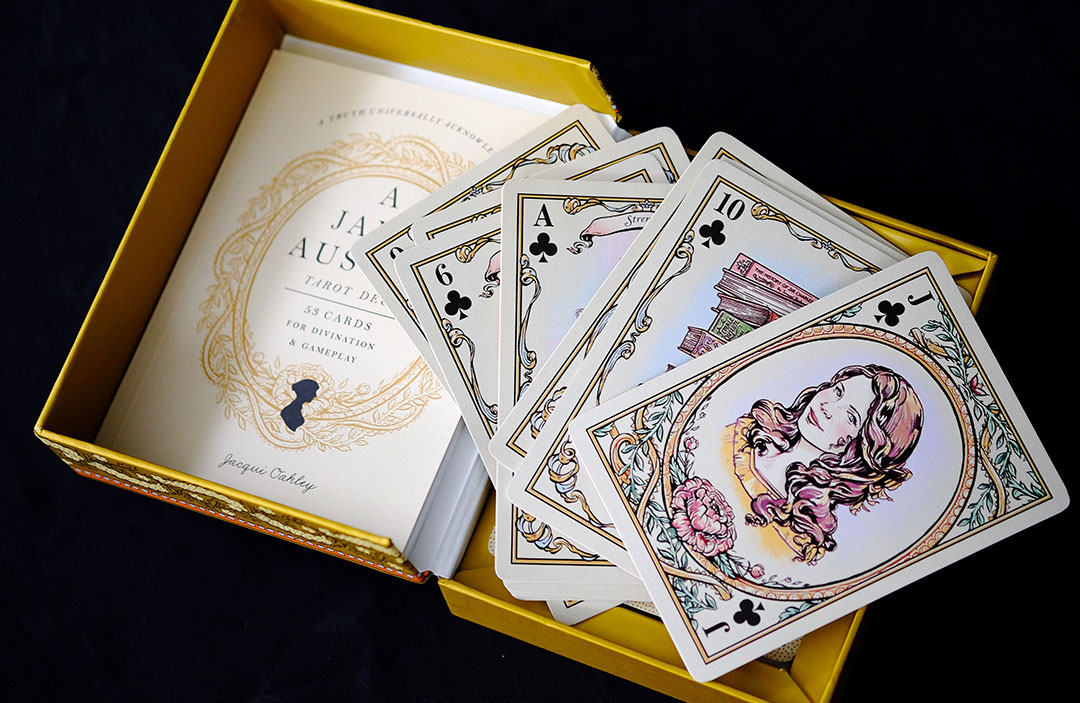 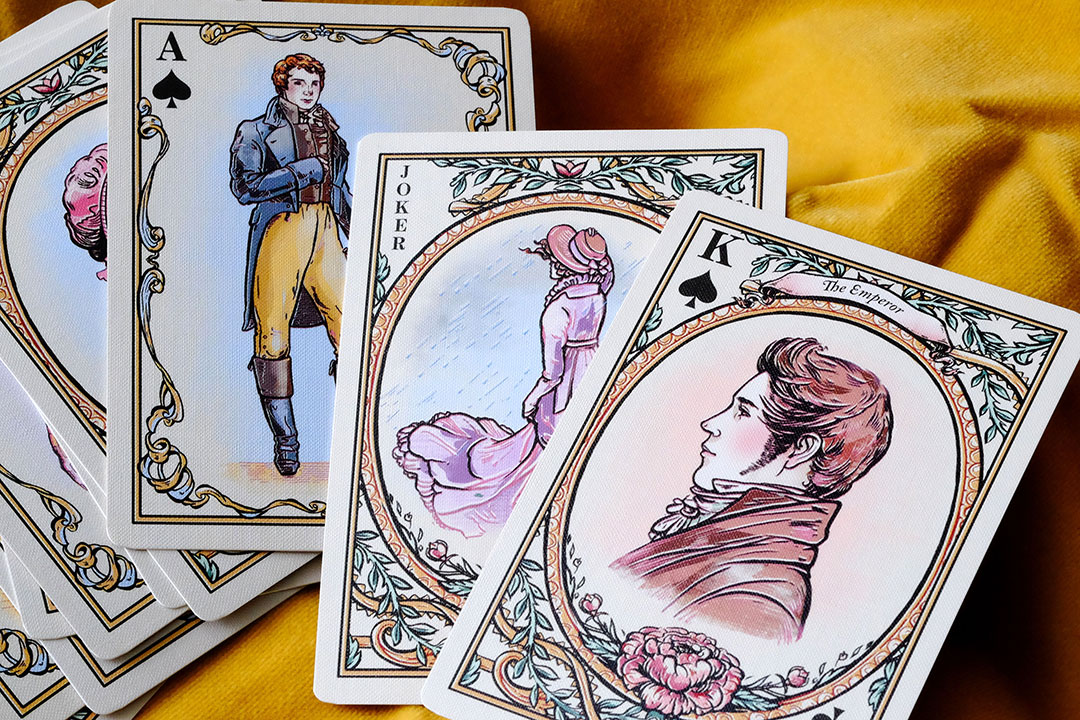 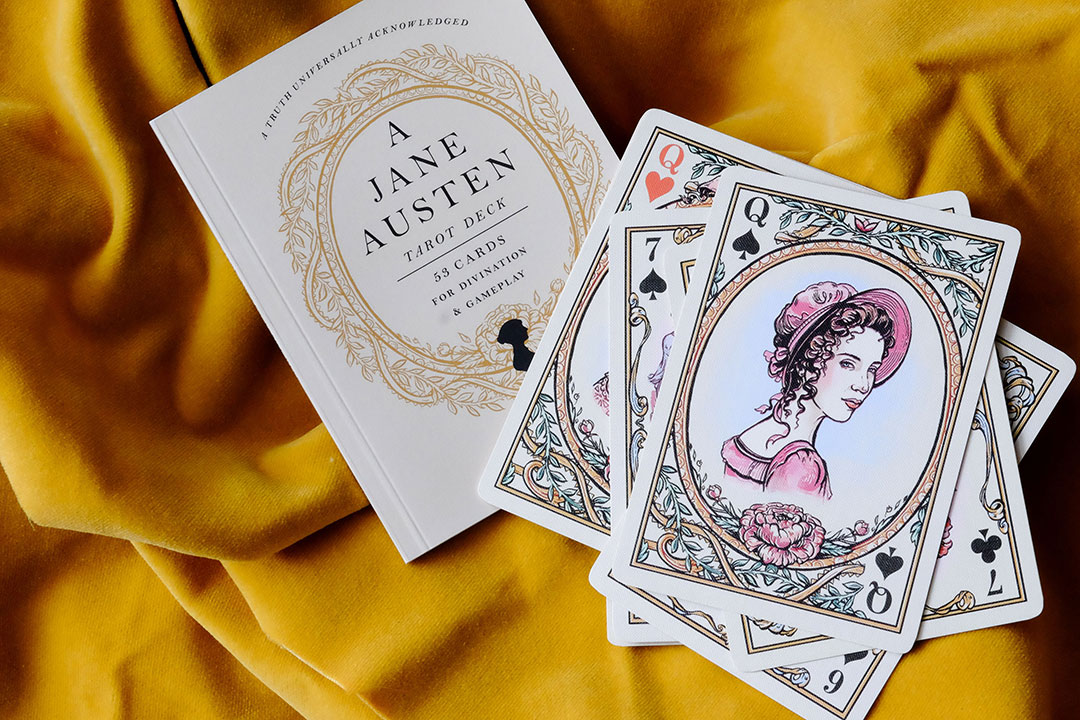 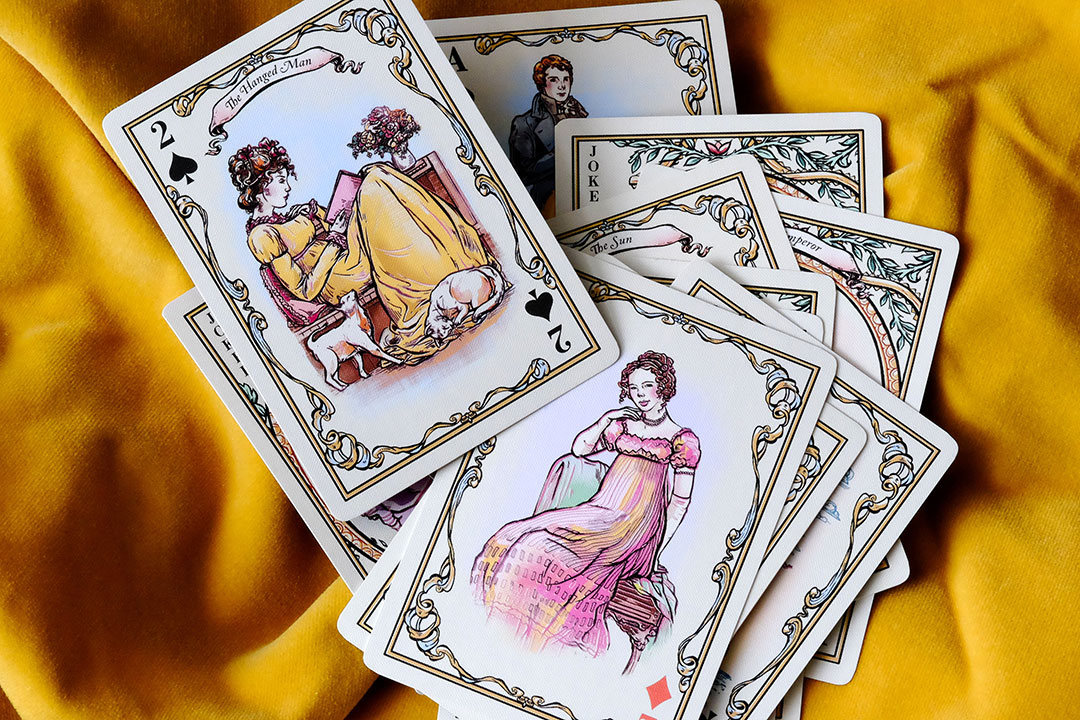 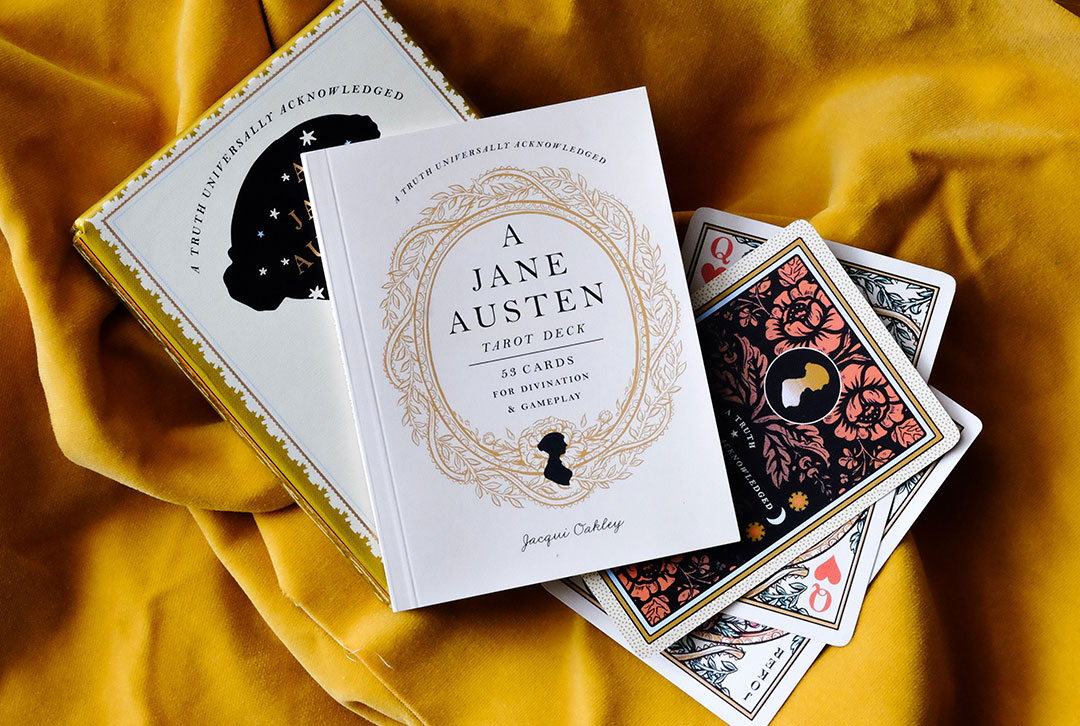 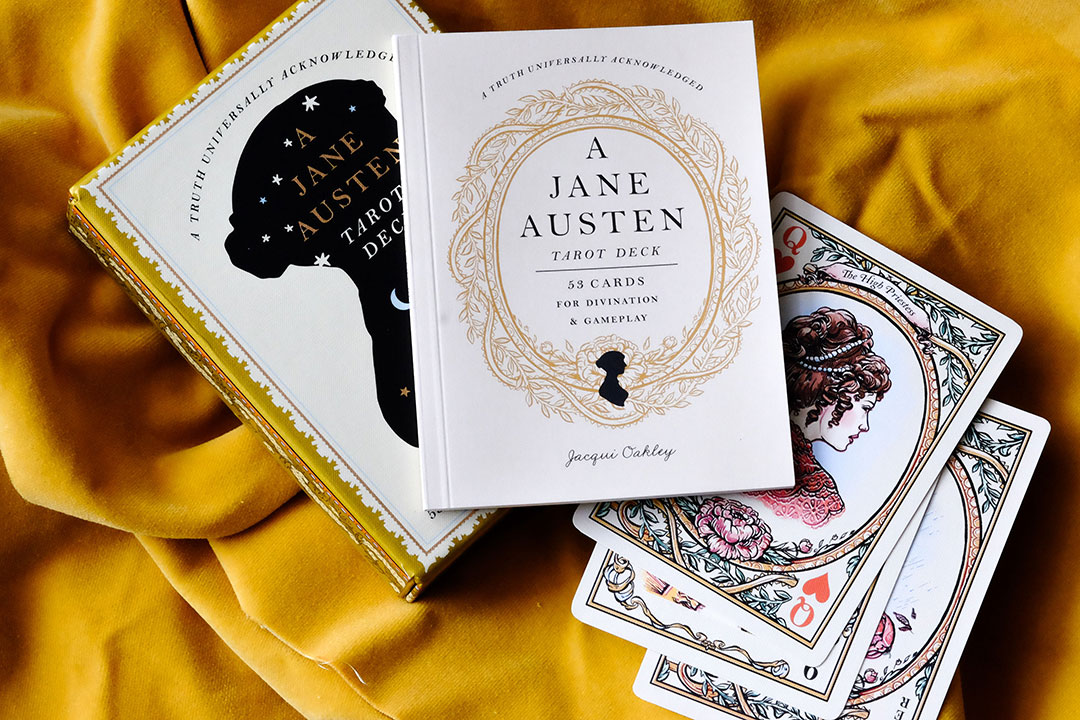 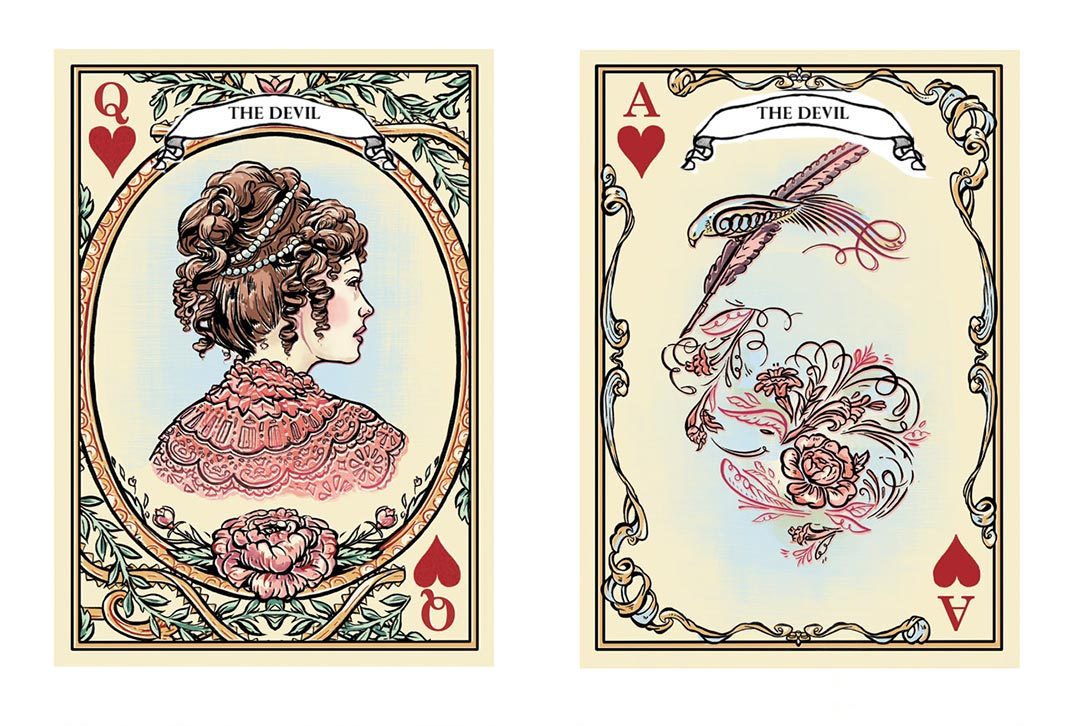 A Jane Austen Tarot Deck that you can use straight up playing cards or let Mr Darcy, Elizabeth Bennet, Elinor Dashwood and more, guide you. Featuring 53 characters (including Elizabeth Bennet, Mr. Darcy, Elinor Dashwood, and more) and objects (such as well-trimmed bonnets and a stack of novels) from Austen’s books, each card doubles as a playing card and tarot card. With Mr. Wickham from Pride and Prejudice as the Devil, a teapot representing strength, and Austen herself as the Magician, it’s perfect for both longtime and new Austen fans. A project building off of my Color Me Jane book for Clarkson Potter / Crown Publishing Group / Penguin Random House.